Stefaan is born in Niel, a former village of brickyards in the shadow of Antwerp. As a son of the painter and commercial artist Louis Eyckmans, he comes in touch with the tools of painting and drawing from an early age on. His father will remain his great teacher and mentor throughout his life. During his student days Stefaan is strongly influenced by the Flemish Primitives, the 17th century still life painters and the Antwerp hyperrealist movement led by Willem Dolphyn. Still later, the more impasto technique of the Dutchman Henk Helmantel and the austere compositions of the Italian Giorgio Morandi leave their traces in his work. After an education as a character designer and illustrator Stefaan will work in advertising for a while. But more and more he concentrates on his painting. The world of fast advertising messages and deadlines clears space for the silent world of the studio, patient observation and slow build up of timeless compositions.

In our postmodern age where official academia reject beauty as corny and museums of ‘fine’ (beaux) arts get amputated to museums of ‘contemporary’ art, Ste- faan resolutely opts for beauty as an objective yardstick. By examining the form, the continuous search for the essence and the best composition, Stefaan tries to create another pristine reality. The paintings radiate tranquillity and balance. They are in the artist’s own words, ‘emergency exits from our stressed consumer society’. The tonal technique of the old masters in combination with modern materials, colors and objects, results in a contemporary realism with roots in a centuries- old tradition of painting.

How realistic and detailed they are, the still-life paintings of Stefaan arise from a tightly composed abstraction. Already from a distance the colors, composition and subtle lighting should seduce the viewer. But only on approach the paintings will reveal their surprising details.

Stefaan leads a secluded life in the French Quercy Blanc region, in a small hamlet between the vineyards of Cahors. 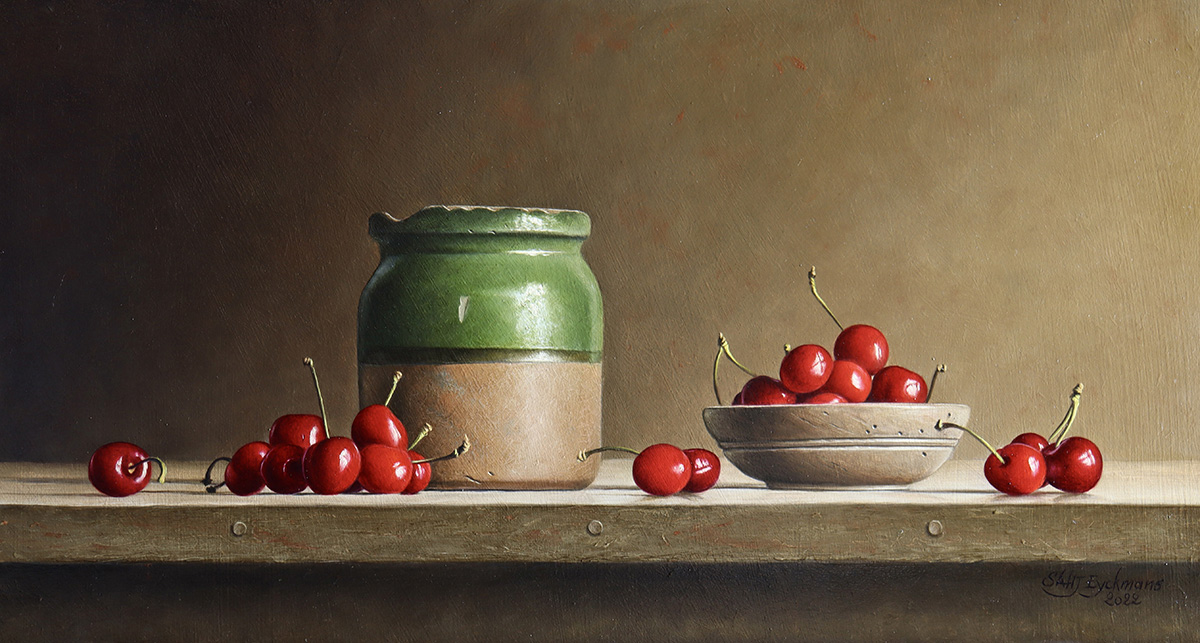 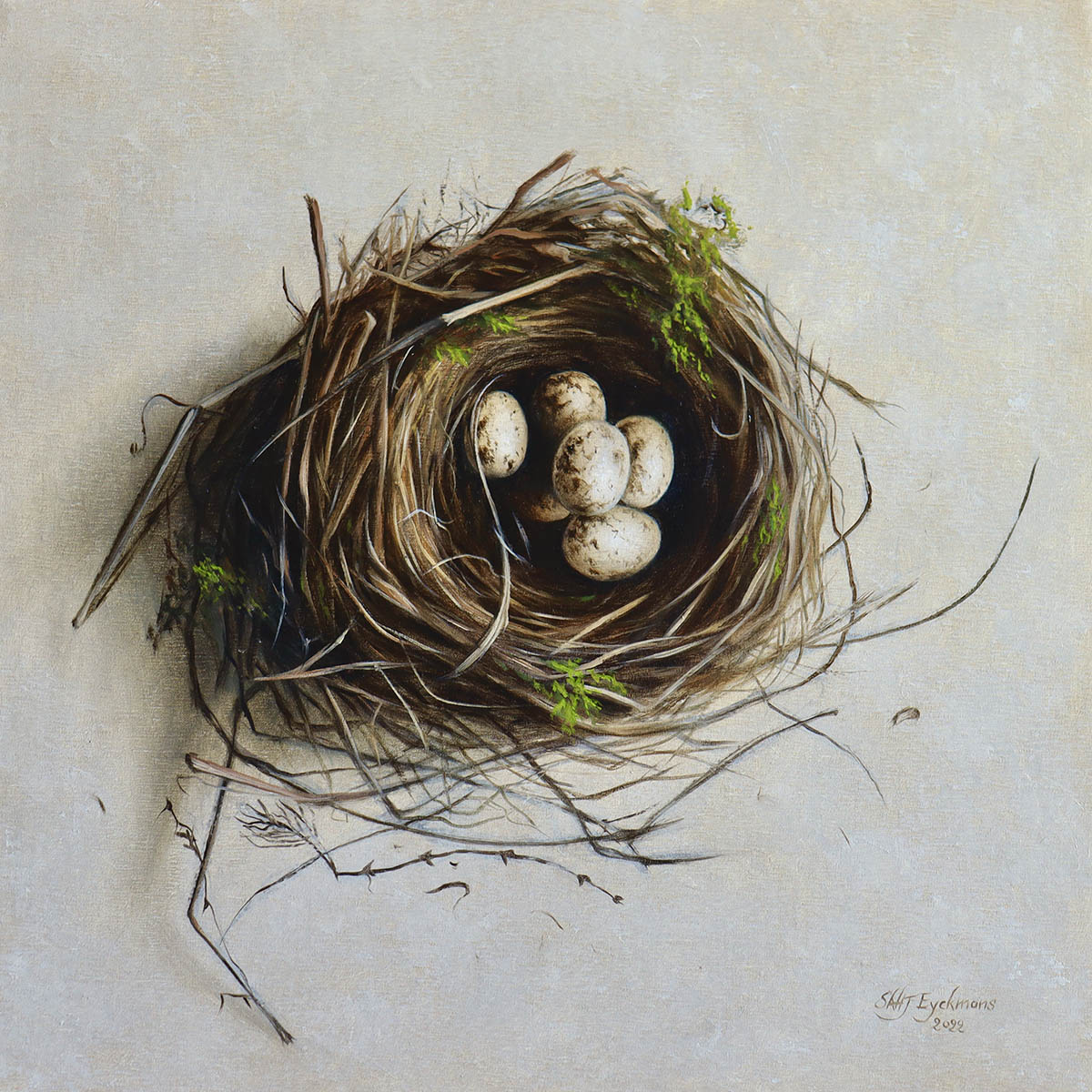 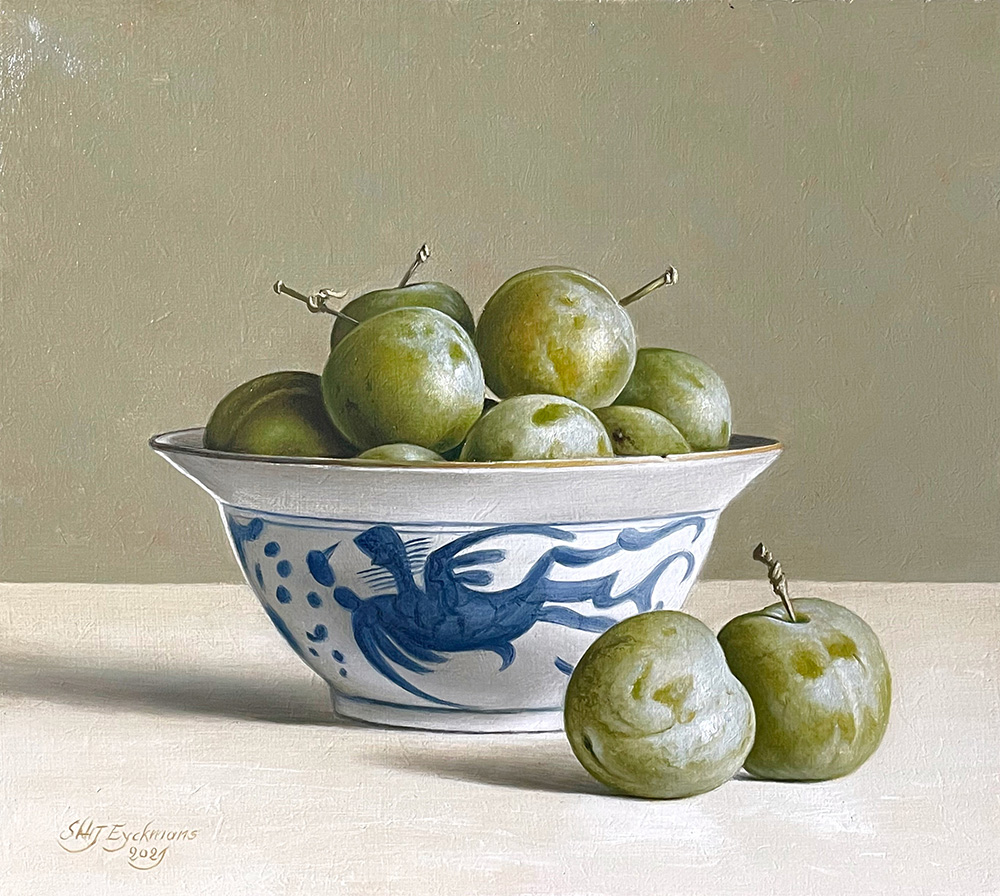 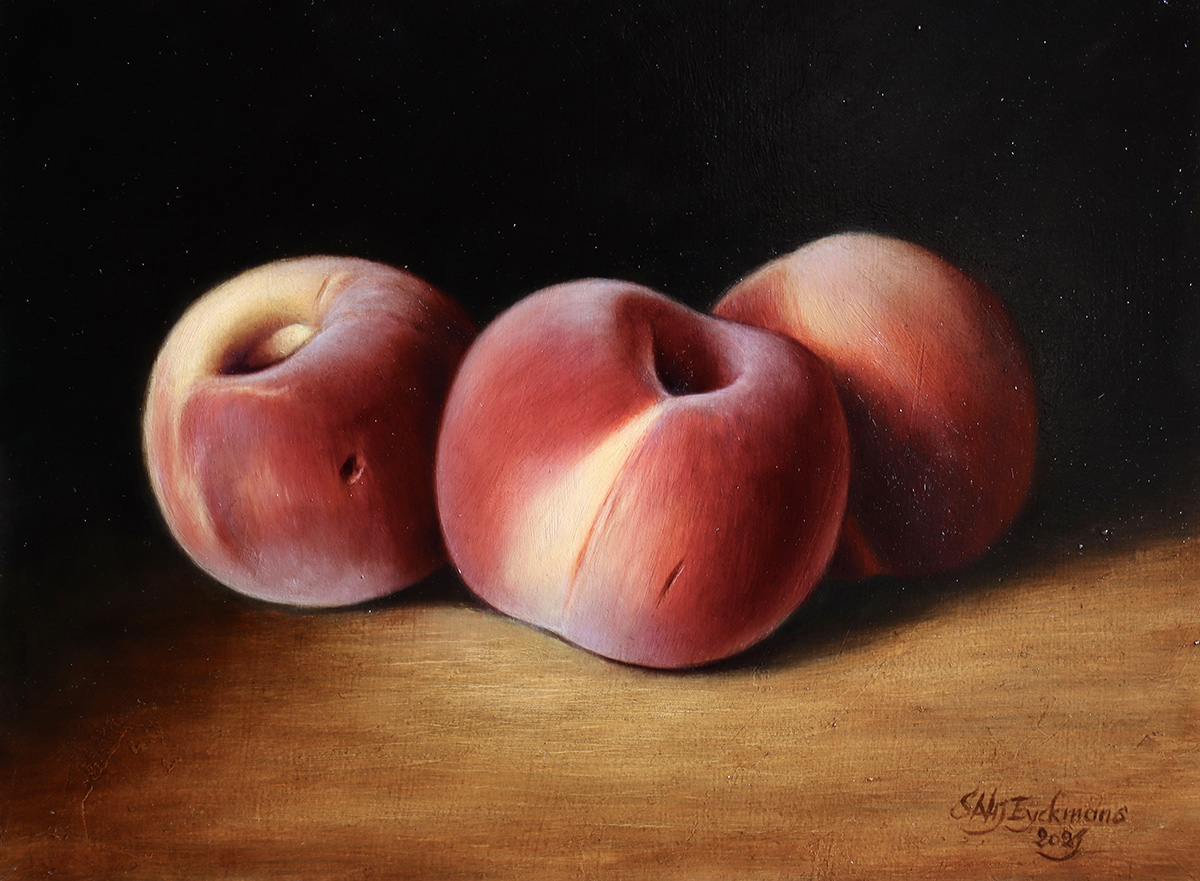 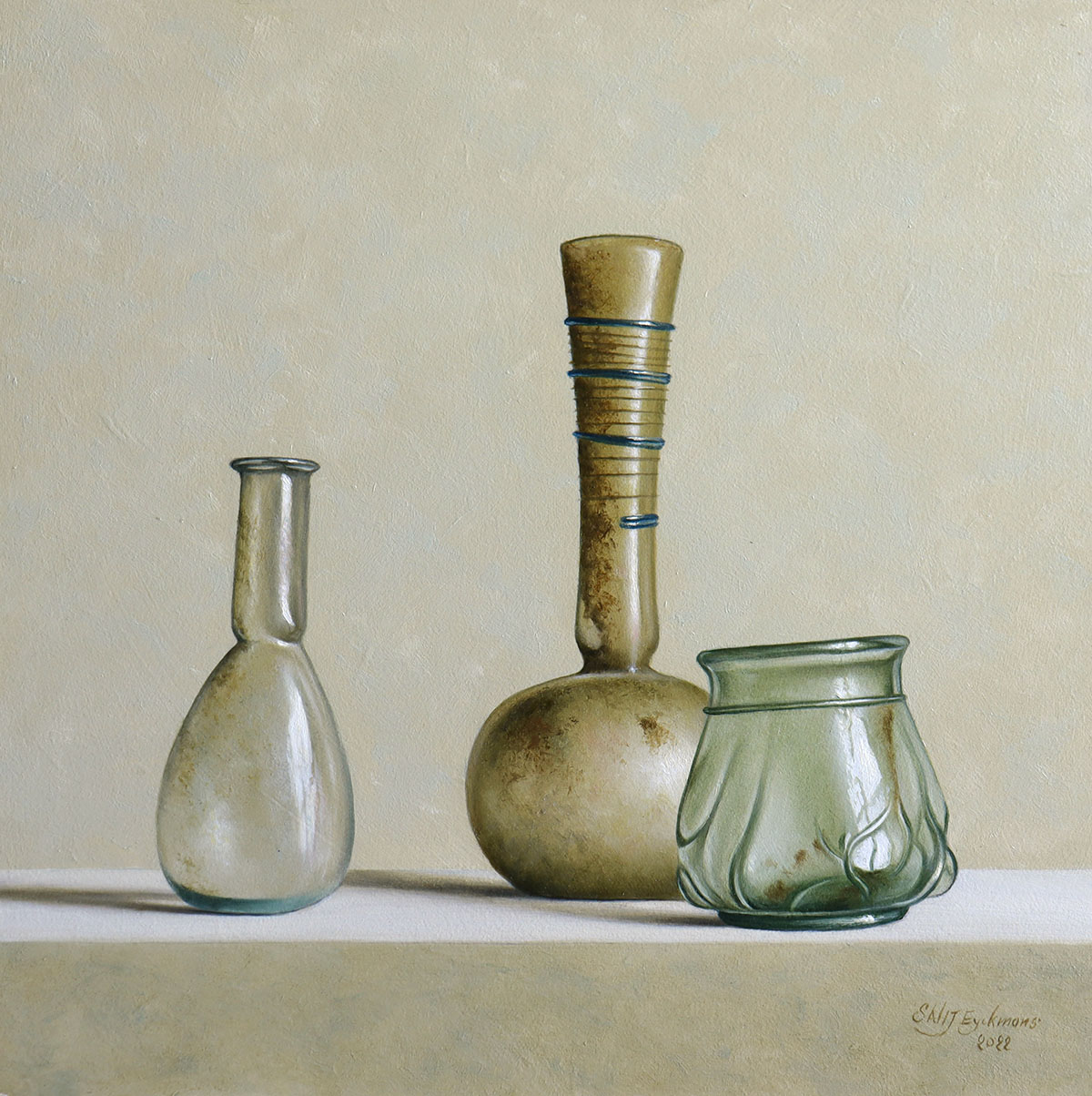 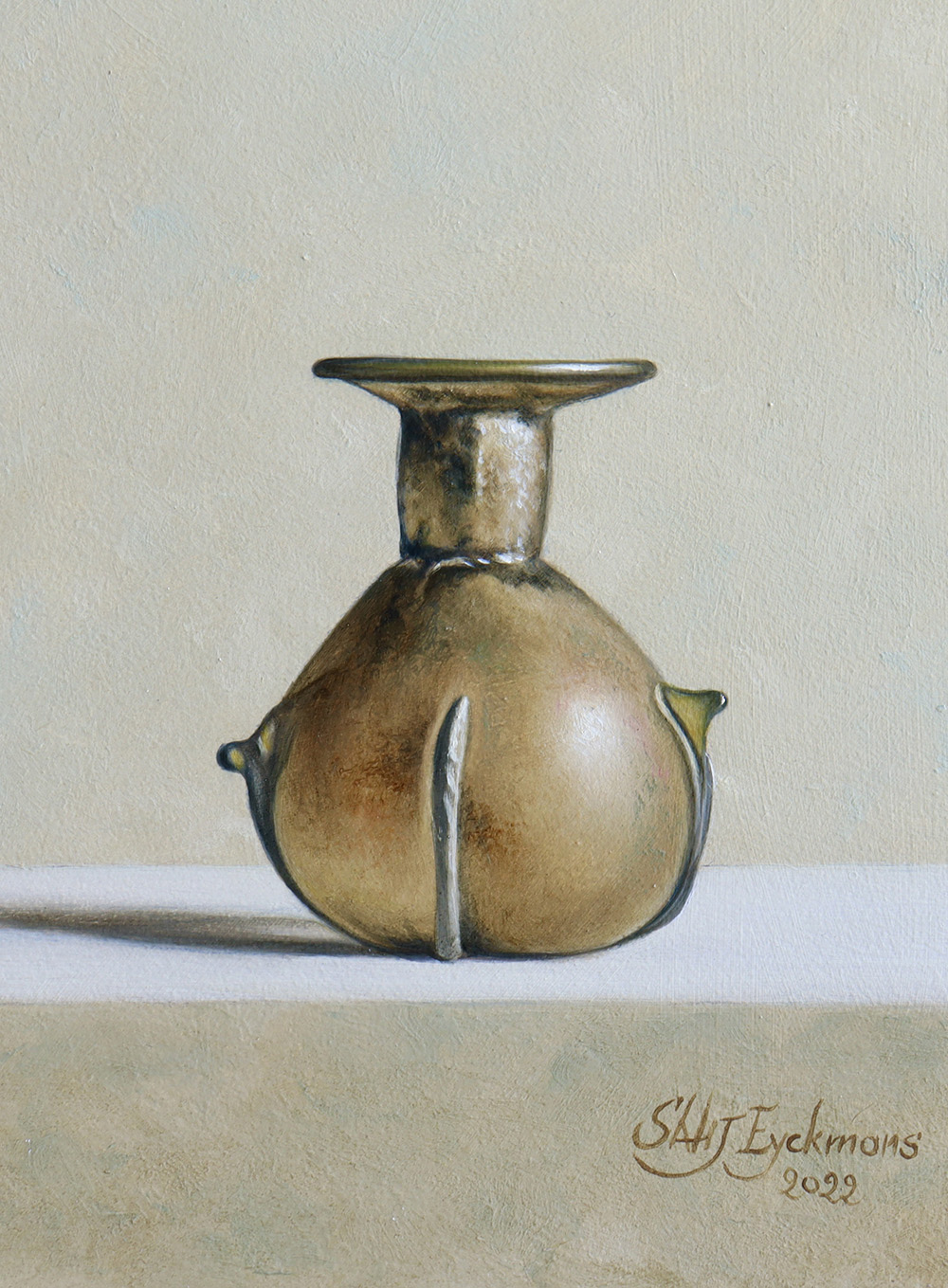 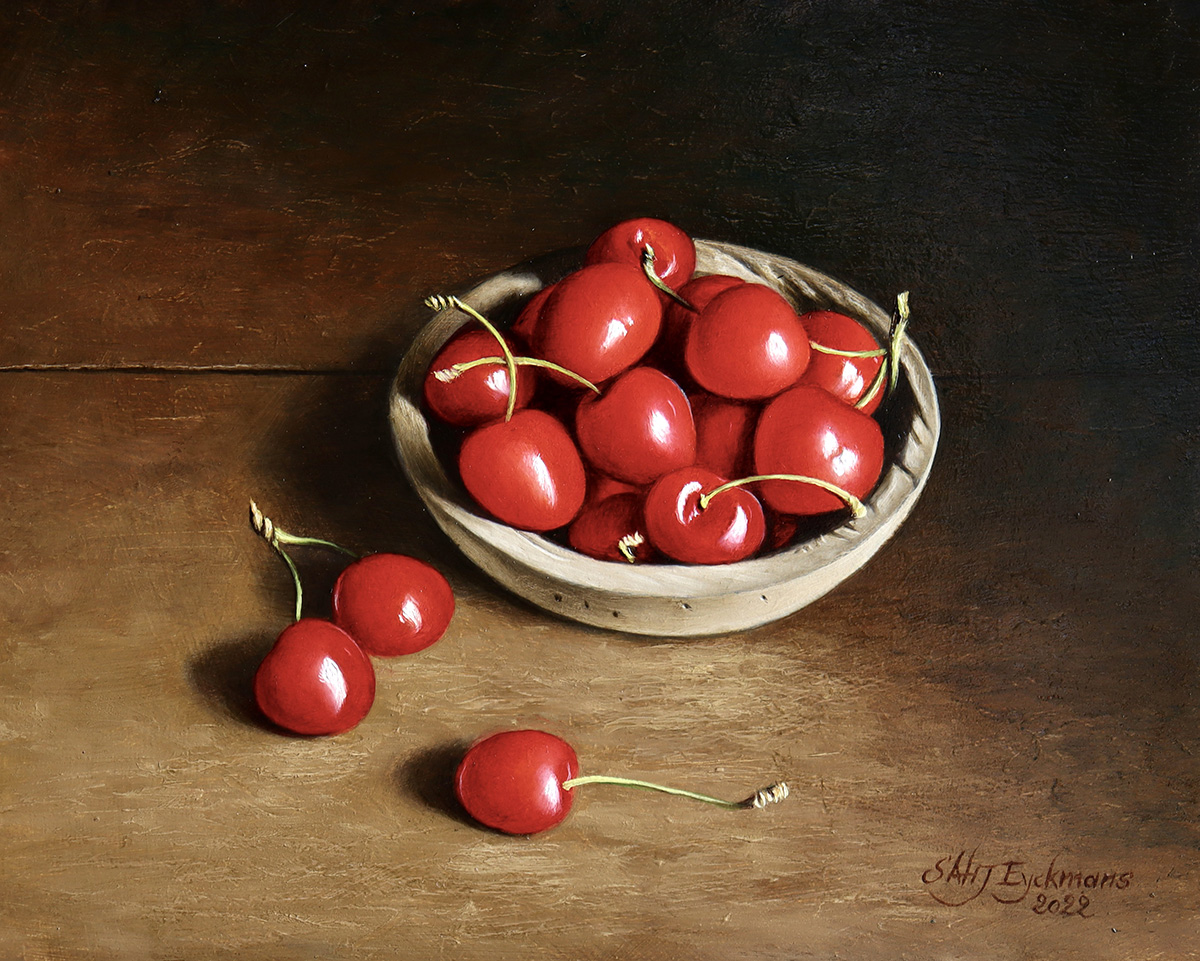 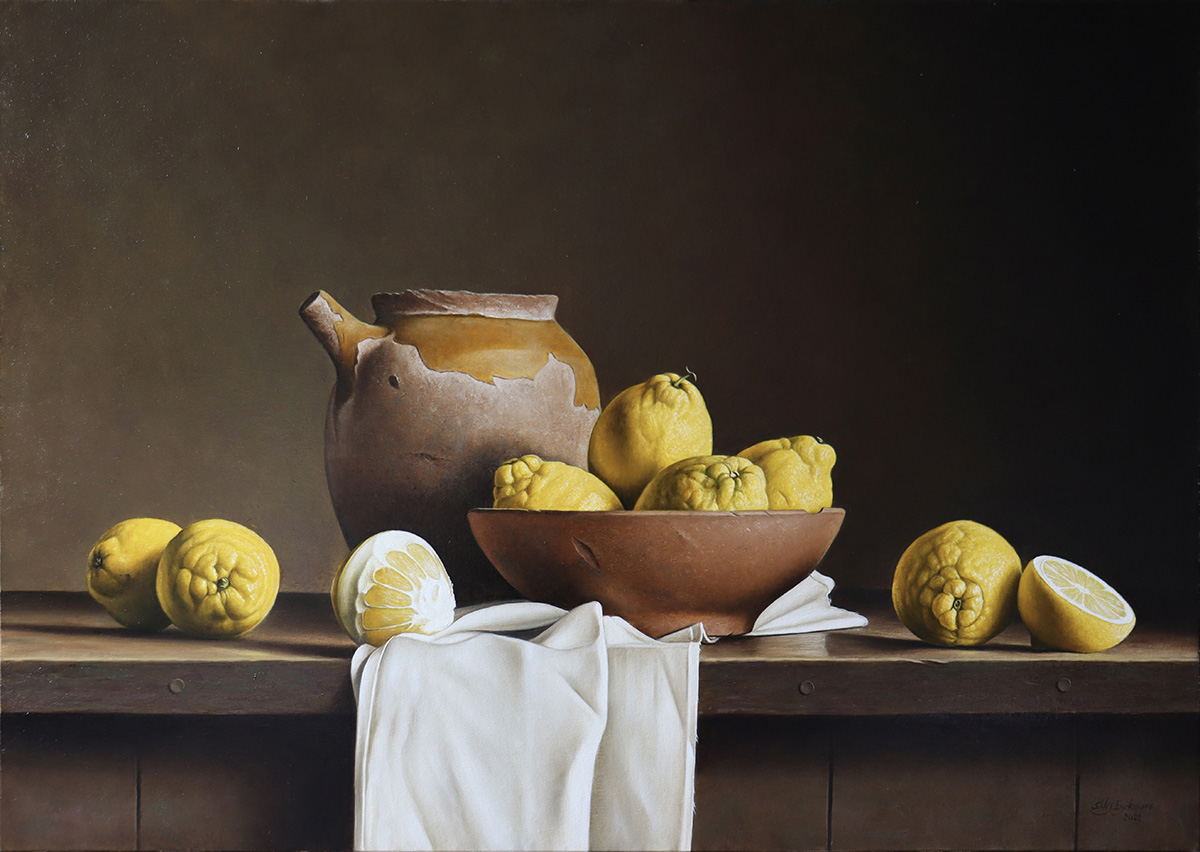 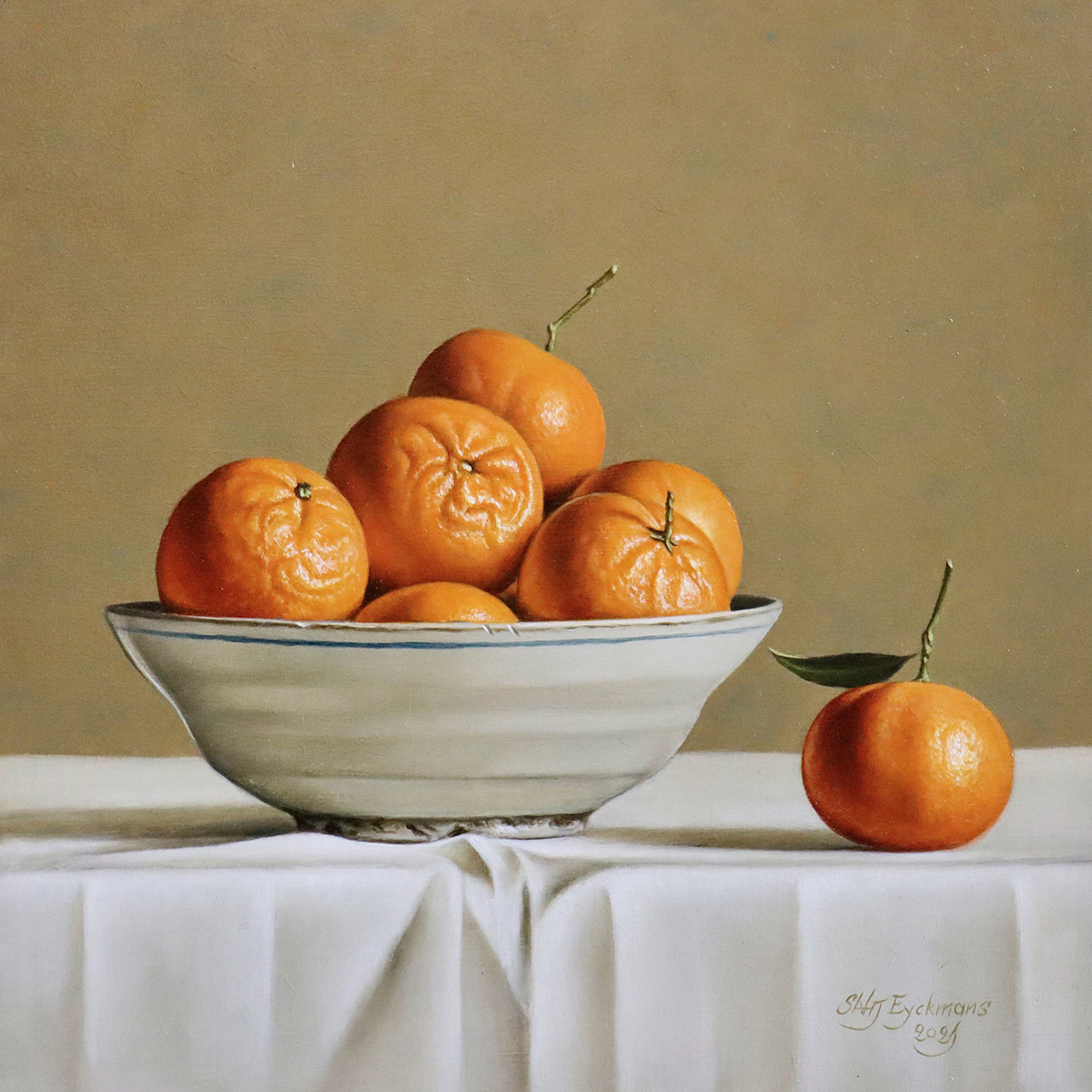 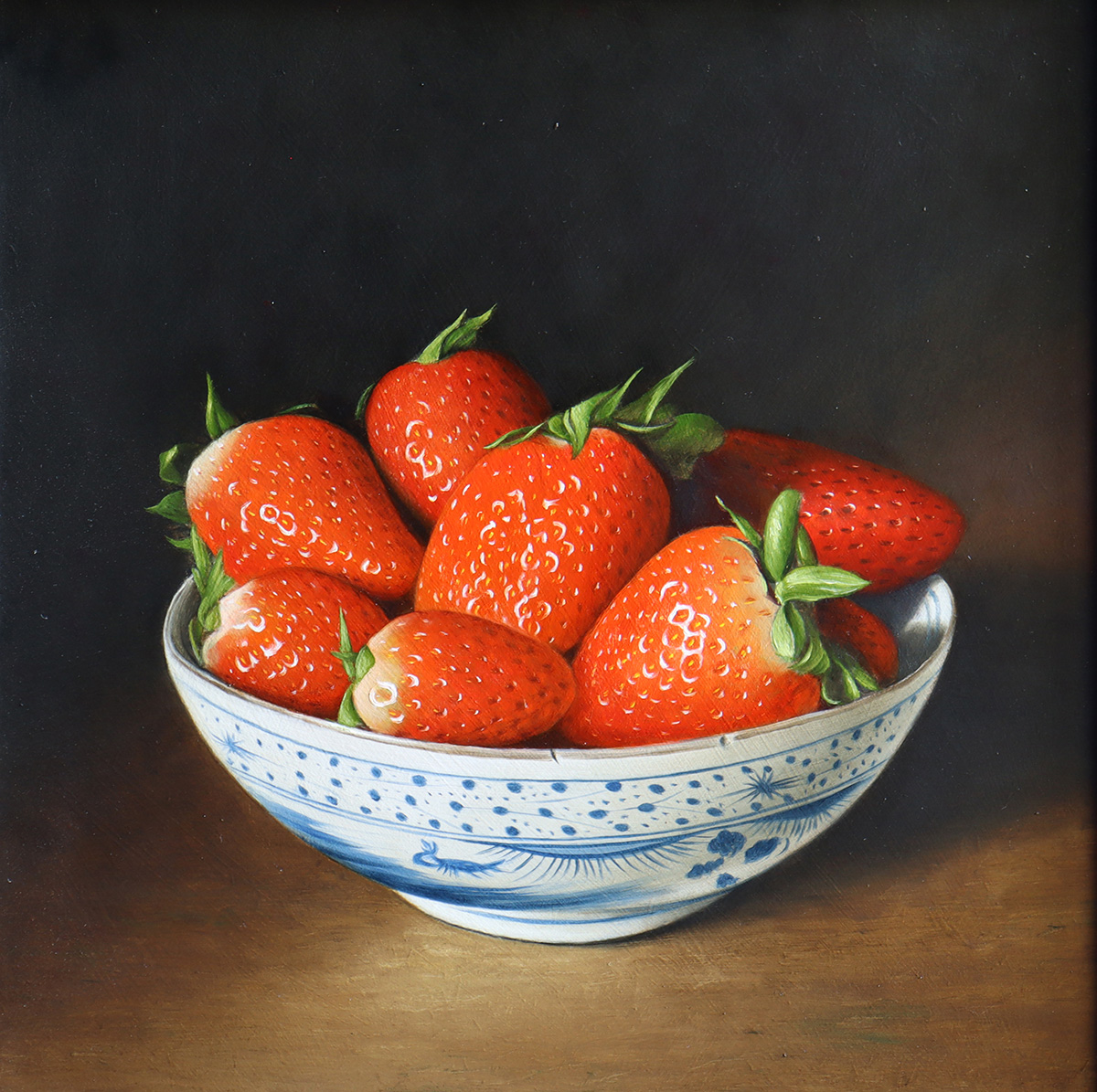 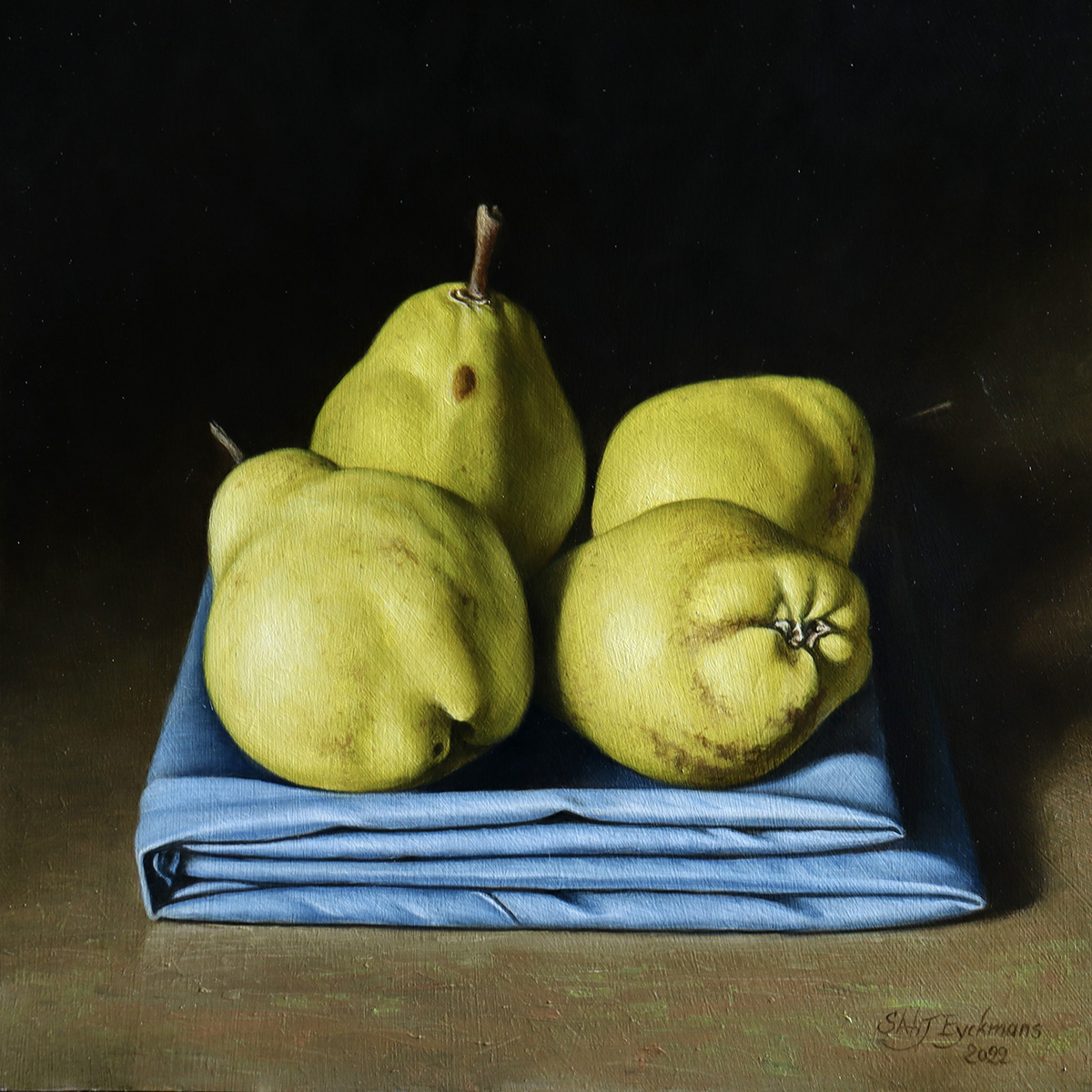 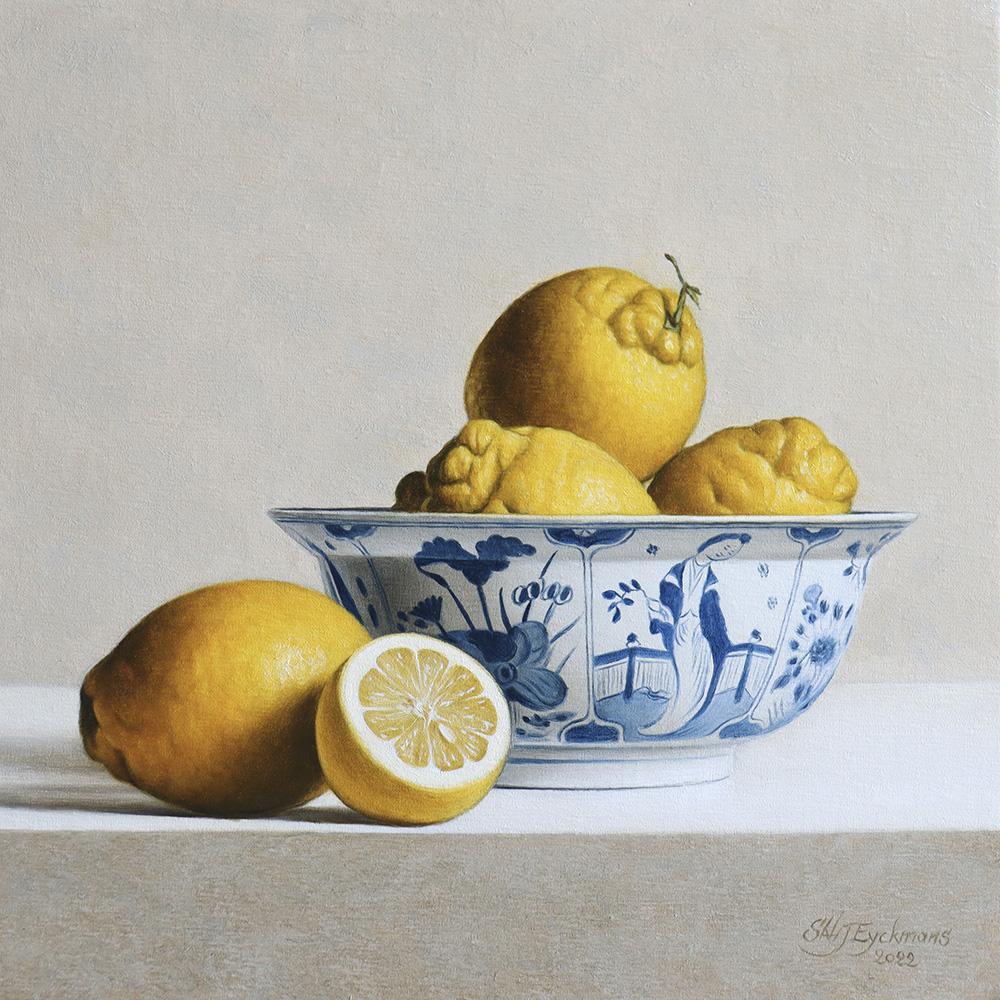